Why do ab exercises hurt my back?

There are a number of moving parts in the spine. Some ab exercises cause the parts to move and some don’t. If you’re doing an ab exercise that causes back pain — because the exercise requires trunk extension or trunk flexion or lateral flexion — then the exercise is making some part of the spine move.

Stop doing the exercise and replace it with an ab exercise that doesn’t cause back pain (more on that, later).

When an adult stands upright and looks forward, the spine will be in its natural position: it has five different sections — cervical spine, thoracic spine, lumbar spine, sacrum, and coccyx — and four natural curves.

Each part of the spine will be in a particular and measurable position in relation to the other parts of the spine. This basic anatomical position is sometimes called the spine’s ‘neutral’ position.

Let’s give a name to ab exercises that don’t move the spine. We’ll call them spine-neutral exercises. 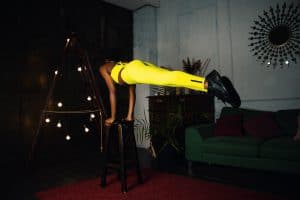 Your relief will probably come from spine-neutral ab exercises.

Neutral exercise may protect you from back pain 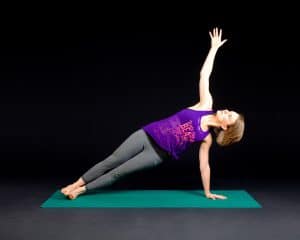 There are a number of ab exercises that don’t cause the spine’s parts to significantly move.

Plank exercises are the most popular examples. There are other exercises, like ‘stir-the-pot’ and ‘roll-outs,’ that are done on physio balls. There are also some crunch and sit-up type exercises that can be done with a neutral spine.

There are more exercises in addition to those just listed. But spine-neutral exercises are not necessarily easy exercises. Some of them require a high degree of strength and coordination. Others require a very specific kind of muscle control and timing — abilities which may be out of reach for some exercisers — without which the exercise will be pointless. For those reasons, it’s a really good idea to book some time with a personal trainer to learn which spine neutral exercises can work for you.