Are bodyweight exercises as good as weights?

Bodyweight training is the best way to developing running, jumping, and the abdominal wall. 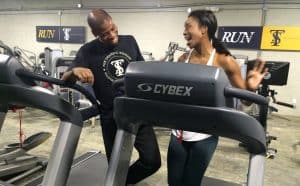 Think about it. Running is bodyweight exercise!

Running is the second-most common type of bodyweight exercise (walking is the most common type). The average-sized man in the U.S., running 10-minute mile pace, will handle about 220 tons of ground reaction forces per mile. That’s a specific kind of leg conditioning. Running has a wonderful effect on the tone of leg muscles–take notice of competitive runners’ legs.

There are different types of running and each of them is an example of great bodyweight training. Intervals, hills, long runs, sprints, and even downhill running have all been used to make people better runners.

Running can also help with weight loss and weight maintenance because it burns a high numbers of calories.

Running doesn’t require special equipment, and can almost always be done while traveling. The most noticeable downside is that there are more injuries due to running than any other form of exercise (except walking).

Bodyweight training is the best way to jump higher or farther. In our gym, it’s common to see members jumping on and off boxes and over hurdles, long jumping, squat jumping, rocket jumping, tuck jumping…you name it. Plyometrics is the name frequently used to describe this type of bodyweight training. 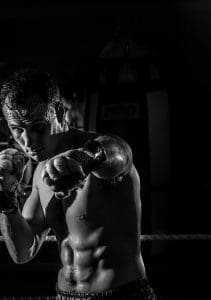 I am aware of no machine or weighted exercise that rivals bodyweight training for developing the abs.

Bodyweight training for the abs can be divided into these common divisions:

Bodyweight training is also a good way to develop shoulders and arms. That’s why push-ups and pull-ups have been and will continue to be popular exercises. It’s also why suspension devices, especially TRX, are becoming more popular. (But weighted exercises–like dumbbells and selectorized machines–can equal if not surpass bodyweight exercises when it comes to developing the arms and shoulders.)