Can you gain muscle while losing weight?

As a basic premise, it would seem that growth in your body would interfere with the simultaneous shrinking of your body. But there have been many reports of people claiming that they  can gain muscle while losing weight. Let’s take a look at one way this could happen, for an average woman living in the US.

How to lose weight through exercise 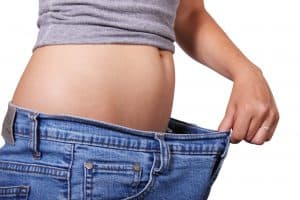 How to gain muscle 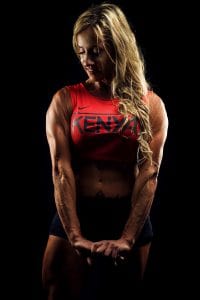 In a previous post, I wrote the following about gaining muscle:

“The American College of Sports Medicine, the leading trade association of exercise physiologists and other professionals working in exercise, has recommended guidelines for lifting weights. They reviewed the evidence and they throw light on how to lift weights to develop muscular strength, muscle mass, power, and muscular endurance.

“If you’re lifting weights for bodybuilding, plan on doing it for about 2 hours. That doesn’t include time spent on a warm up or cool down.”

So if our subject did the right type of strength training, maintained that effort week after week, while restricting calories, and continued to do what she was already doing, she should expect to lose weight.

*Do 4 hours of strength training per week. That could be as straightforward as doing 60-minute strength workouts on Mondays, Tuesday, Thursday, and Fridays. Another option is to do a 2-hour workout on Mondays and Thursdays.

*Do a mix of machines, barbells, dumbbells and bodyweight strength exercises during each workout.

*Warm-up with a 15-minute walk before each strength workout.