How to strengthen the knees

The time-honored way to strengthen the knees is to add resistance to the movements that they can make. These movements, which are called anatomical movements, are knee flexion, knee extension, knee medial rotation, and knee lateral rotation.

Machines, free weights, tubes, bands, and even hands can be used to resist those movements. Resisting the movements will strengthen the muscles responsible for them. Let’s look at some examples. 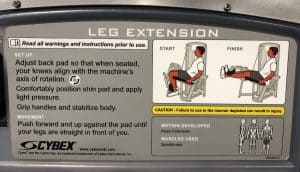 It is believed that the muscles acting at the knees that are responsible for knee extension are the rectus femoris, vastus intermedius, vastus lateralis, vastus medialis, and tensor fasciae latae. One could use our Cybex Knee Extension, Bravo knee extension, COD, and Leg Press to strengthen the knee extensors. 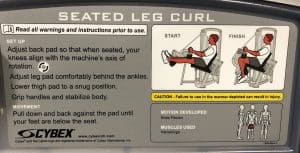 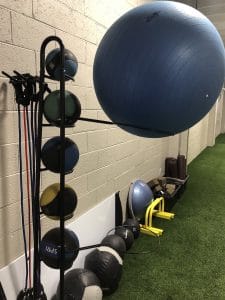 The semimembranosus, semitendinosus, popliteus, sartorius, and gracilis all work together to create medial knee rotation. Cable-pulley machines with a leg attachment, like the Cybex Bravo, will allow you to resist this tricky movement. Bands, tubes and medicine balls will also add a variety of resistances to medial knee rotations.

The biceps femoris, longus and brevis, and the tensor fasciae latae appear to create lateral knee rotation. One can use the same methods to strengthen lateral rotations that can be used to strengthen the medial rotations: selectorized functional trainers, bands, tubes, and medicine balls

The secret weapon for strengthening knees 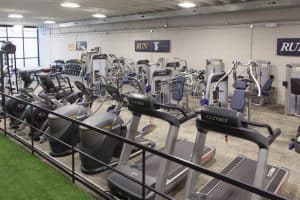 In a different post, I explained that incline treadmill running will strengthen the ligaments and tendons of the knees. This is important because the aforementioned exercises are known primarily as muscle building exercises. Their effect on connective tissues is less known. But research has very clearly shown that incline treadmill running will strengthen connective tissues. For more information, check out the work co-authored by Charles Tipton and Arthur Vailas.