The Philadelphia Eagles’ star quarterback Carson Wentz saw his Pro Bowl, breakout, second season come to a halt on December 10, 2017. A left ACL tear ended the season. According to the American Orthopedic Society for Sports Medicine, about 150,000 people in the U.S. suffer ACL tears each year.

There has been much written about recovering from ACL tears. There has also been some written about preventing ACL tears. It should be said that no one has yet proposed a program that will literally prevent ACL tears, so it shouldn’t be suggested that they are preventable.

But some scientists have proposed a program that will increase the strength of the ACL. That is important because stronger ACL’s are at a reduced risk of tearing.

How is ACL strength measured? 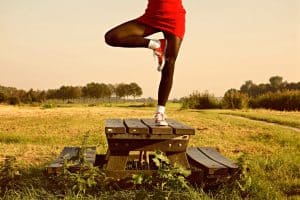 A classic way is to attach a weight to a suspended tibia that is connected to a femur by way of an ACL (all of that happens in vitro with a variety of species).

The weight will pull the tibia away from the femur, which will tug at the ACL. The stretched ACL is filmed and measured.

Then a heavier weight is suspended from the tibia, and the ACL is again filmed and measured. This process, of adding heavier weights and filming and measuring, is continued until the ACL tears or ruptures.

That procedure allows researchers to systematically test the programs that are purported to strengthen the ACL.

For any given ACL strengthening program, researchers can measure the results before and after the strength-training program, and they can determine if the program actually increased the strength of the ACL.

There is a strength-training program that has been found to significantly increase the strength of the ACL.

Running on an incline.

A program for strengthening against ACL tears 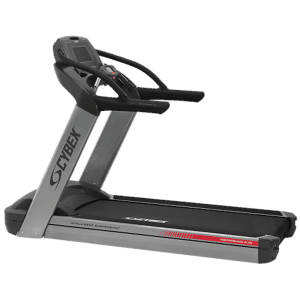 Dr. Charles Tipton and colleagues found that there is a combination of treadmill running duration, intensity, and incline that will strengthen the knee ligaments, including the ACL.

When I was in training for the 2012 Olympics, I had the very good fortune to have a personal correspondence with Dr. Tipton. He was kind enough to elaborate on some key elements of the knee-ligament strength-training program.

Charles Tipton is the American, hall-of-fame physiologist at the heart of research into the response of ligaments to exercise. He has published a number of seminal papers about the effects of physical activity (and physical inactivity) on ligaments.

Dr. Tipton is not a household name but his importance cannot be overstated. He developed rigorous graduate-level programs in exercise science at various universities, he established national standards for minimal wrestling weight, and he contributed a central concept to space biology—all while teaching and doing research during a nearly 60-year career.

There are a number of athletes—especially highly classified athletes in football, basketball, and soccer—that should be strengthening their ACL’s. They should work with good personal trainers, because there are a number of variables that need to be estimated or determined:

What are ACL tears?

ACL is the acronym for Anterior Cruciate Ligament. The ACL is found inside the knee and it keeps the femur and tibia from moving forward. The ACL attaches to the intercondylar eminence of the tibia and the femoral condyles.